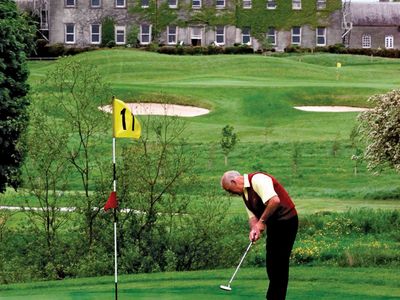 A BRIEF HISTORY OF GOLF

Though it’s often associated with wealthy aristocrats and business tycoons, golf actually has a surprisingly humble history. The game is thought to have originated in Scotland in the 15th century, and it quickly became popular among the Scottish nobility. In the early 1800s, golf began to catch on in England, and soon after, American visitors to Scotland brought the game back to the States.

Though it would take decades for golf to become popular in the United States, its growing popularity and success was assured by one key factor—golf had already spread across Europe. That meant American tourists were already playing golf while traveling, and that helped establish golf as something more than an oddity in American culture. It also meant that Americans were familiar with many aspects of how golf worked before they even tried to play themselves. While other sports like football and basketball had yet to become mainstream, it was clear by 1900 that golf would be around for good.

FROM SCOTLAND TO IRELAND TO AMERICA

Starting in Scotland, the game spread to Ireland and then to America. The early days in the history of golf in America, saw it being played mostly by the wealthy. But over time, golf became more accessible and more popular. Today, golf is enjoyed by people of all ages and backgrounds. And it’s easy to see why – golf is a relaxing and challenging game that can be enjoyed by everyone.

There are many theories as to why golf became so popular in Ireland and Scotland. Experts believe that its popularity might have been helped by its accessibility. In other words, it was easy to set up and play golf – you only needed one piece of equipment, which made it affordable for everyone. It is also believed that farmers practiced golf on their land to clear it of brambles, thistles and rocks with their clubs. This may have led people to watch them play with interest – after all, what’s more relaxing than watching someone hit balls?

Over time, these spectators began playing as well and perhaps brought in others as well. Perhaps another reason for golf’s rise in popularity was related to religion – many believed that playing golf could improve your spiritual wellbeing. 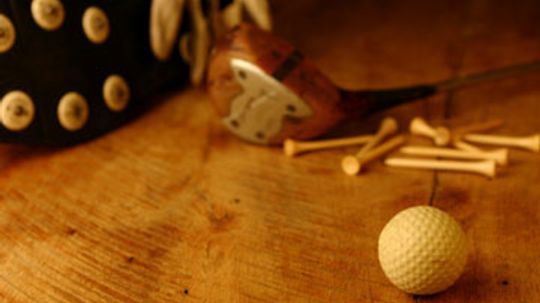 Golf’s popularity in America can be traced back to the early 1800s, when links golf was introduced by Scottish immigrants. It quickly caught on with the American public. The game’s popularity increased rapidly, and by the late 1800s, there were over 1,000 golf courses in the United States. One of the biggest early influencers of golf was Dr. Leroy Culver, who wrote several books on the subject and helped promote the game to a wider audience. Culver also helped establish the United States Professional Golf Association, which standardized the rules of American golf.

Another important figure in golf history was C.B. Macdonald, who designed over 300 courses across North America. He also helped introduce a number of new ideas that helped grow and popularize golf as we know it today, including putting greens, tee boxes and sand traps. During his lifetime, he designed over 1,000 courses and influenced an entire generation of American golfers to develop their own styles and approaches to golf course design. His books Golf Architecture (1895) and The Art of Golf Course Design (1914) became highly influential books on course design in North America.

Who would have thought that such a boring, frustrating game could become so popular? But that’s exactly what happened with golf. In Part 2, we’ll explore how golf went from being a niche game for the wealthy to one of America’s favorite pastimes.